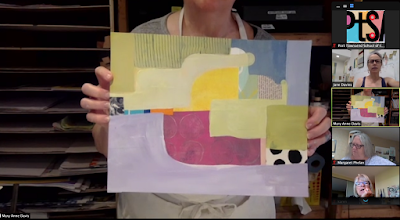 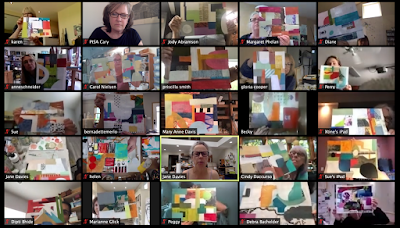 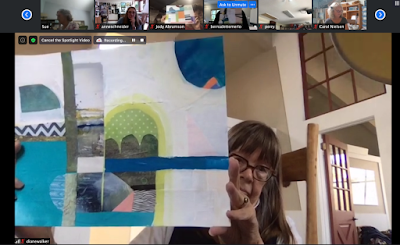 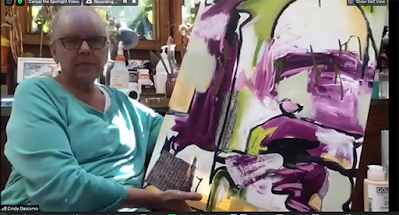 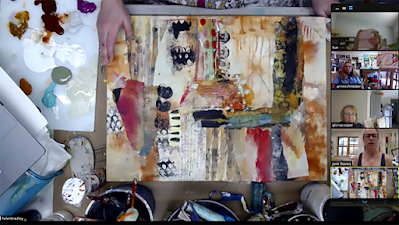 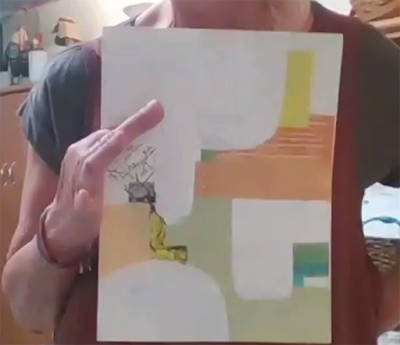 Posted by Jane Davies at 9:24 AM No comments: 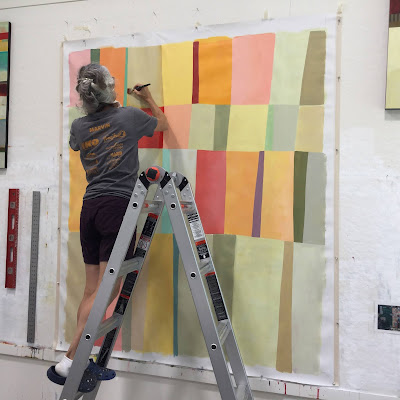 Since the Canadian border (and many others) is closed to US residents, and I am missing my visits to Canada this summer, I have launched a little project I'm calling my "Great Canadian Border Crossing". I've reached out to my Canadian contacts and asked them to send me an Art Start, no larger than 5"x7" or 13 cm x18 cm. I will add to it and then send it back across the border.

If you are in Canada and would like to participate, send me one piece of art that is a Start, not a finished piece and not something cut from a discarded piece. Make something fresh for this project.

Send with a self-addressed envelope for its return to:

I will add something to it (not promising to 'finish' it) and send it back. I will respond in this way to every piece of mail I receive before September 15.

Do you ever time your painting sessions?
In my workshop Time to Paint, we engage in exercises that require you to paint (or collage or make marks) continuously, without hesitation, for a given segment of time. These range from 20 seconds to 30 minutes, and we do a LOT of them.

I have found that given a limited time to create a compelling image or visual statement, the brain has to get out of the way, and I have to make visual decision more quickly and intuitively. We begin with fairly directed exercises, with specific parameters, then move on to open ended timed painting.

This workshop is an opportunity to give your visual response a workout (and your brain a rest). You will also have time to work on the images generated by the timed experiments, and see how the exercises have affected the fluidity of your process.

I am offering Time to Paint as a live stream workshop on Zoom, through Port Townsend School of the Arts, September 8 - 10. No travel necessary, work from you own studio! Space is limited. Take a look at the specifics, and sign up here.

Check out the workshop here. Or try timed paintings on your own!